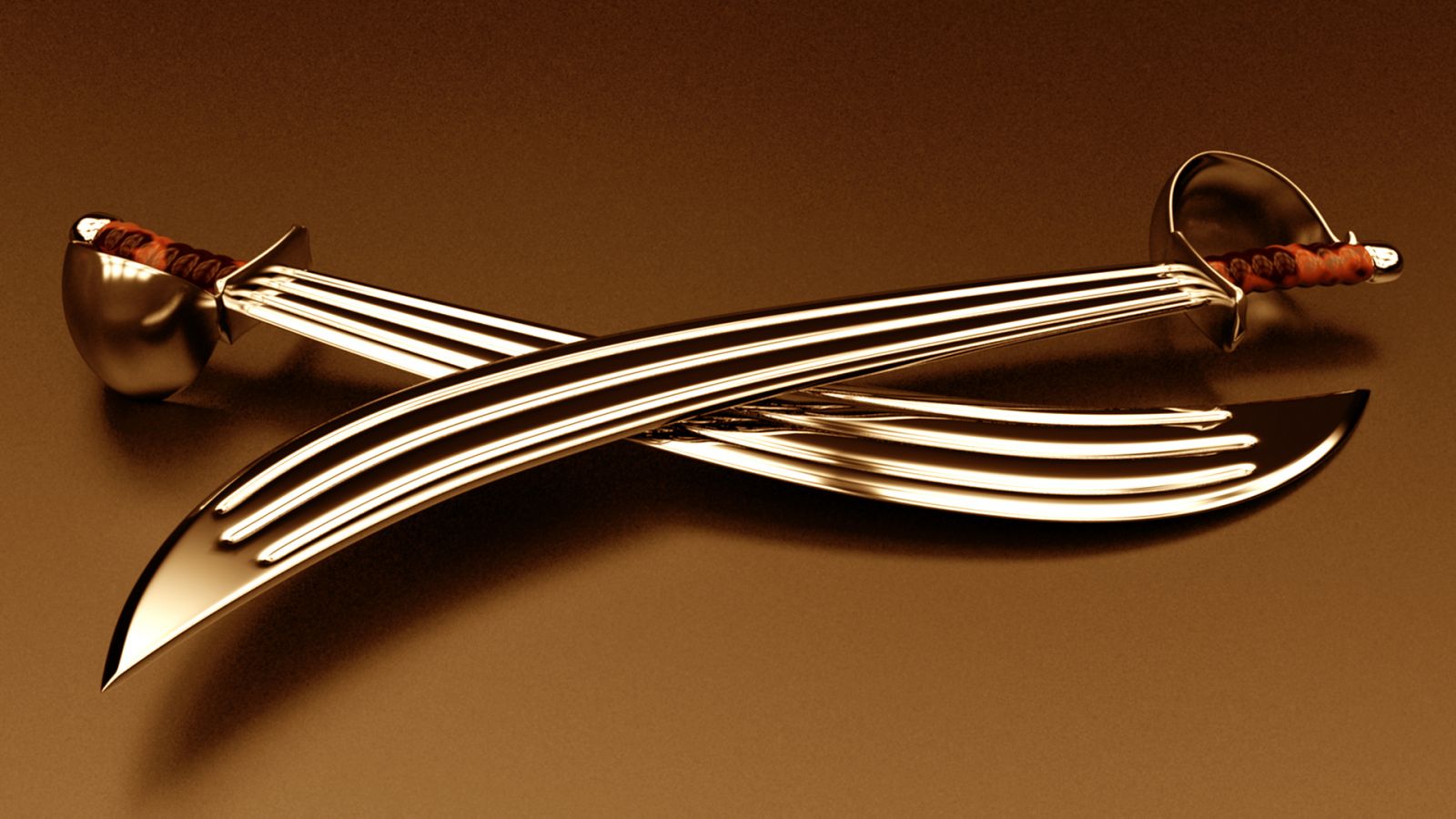 This word given is through a compilation of the prophetic words and consensus of the Apostolic Council of Prophetic Elders (ACPE). This year, the council met at the beginning of the Jewish calendar (September 22, 2006), rather than at the January time period, in order to allow time to distill and hear the Word of the Lord before the turning of the Gregorian calendar.

There are differing variables that can affect the timing and/or coming to pass of these words:

1. All prophecy not contained in Scripture is conditional.

2. The timing of when the prophecy comes to pass may not occur in a one year time frame.

3. It is possible that the prophetic warnings given will cause either the person or nation to repent and thus turn away the judgment prophesied. Biblically, this happened when Jonah prophesied to Nineveh and the city repented, causing God to relent.

“2007 is the year of moving from ‘Mission Impossible’ to ‘Mission Accomplished.’ It is a year of perfecting, completing, and finishing.”

Here are some “finishing’s” that will take place:

1. Finishing of a building cycle. Time for new building strategies to be released.

2. Finishing of the five-fold ministry restored. Apostolic and Prophetic moving together.

3. Finishing anointing for shifting the courts in America. The nation is hanging in the balance. We cannot miss this window of opportunity for change.

4. Political times of realignment. War against the Jezebel spirit of influence.

5. Finishing anointing for the release of miracles.

6. Finishing anointing for the release of transfer of wealth. Many deals that are in the balance will be completed. Satan has set up strongholds that are ancient and must be torn down to shift wealth to the Body of Christ.

7. Harvest Season is upon us. Revival, revival. The youth are going to wake up on university campuses.

8. The closing of one chapter in our lives and the beginning of a new season. Don’t hold onto the old when God wants to move you into the new. Complete in 2007, so you can move into the new thing in 2008.

9. Finishing of bondage cycles. Season of captivity being broken over our personal lives, corporate visions, and national foundations. Bible reading was taken out of U.S. public schools in 1967, and it is time to end the 40 years of wandering in the wilderness. This is the year to read the Bible in school!

The Year of the Clash of the Swords

The year according to the Jewish calendar is 5767. It is the year of the clash of the swords. The warfare this year on a personal level, will be to try and stop you from completing. The number seven stands for completion. It is a year for arms and weapons. We are in a seven-year war cycle through the end of 2007, and so this is the year to press in to press the enemy back from your gates, and to complete the battle that has been raging all around us.

Do not be intimidated by the battle, for God will give you a two-edged sword to win this battle. The enemy will rise up with a vengeance, but we will have discernment to deal with it.

This is not a season for passivity. Satan has released his “chatter” into the Heavenly realm to try and stop you from pursuing the things of God. This chatter will cause diversions such as family problems, financial lack, and even just general complacency. If you become passive now, you will not press into your destiny and obtain the promises of God.

The Tongue will be Likened to a Sword

“The tongue can be likened to a sword, so this is the year to get your tongue and what you say lined up with what God says about your life.”

Release your faith for the prophetic promises that God has given you to come to pass. Whatever are the dreams in your heart, do not be intimidated by the tremendous warfare.

God is faithful and you can only loose the battle if you quit. Begin to say what God says, and He will give you the spirit of wisdom and revelation knowledge that you need. Declarations that we have made in the past will have a powerful exclamation point! 2007 is the year to possess the promise.

Beware of satan trying to stir up problems between close friends, family, and associates in this year because it is the year of the clashing of the swords. Bind satan from influencing you and those around you. Jacob and Esau will try to clash, but refuse to participate. Just as Jacob sent presents before him (Genesis 32:18), so you are to send blessings before you. Ask God for the strategy to open the hearts of those who are stirred up against you.

Watch for the trap of fornication and adultery, and beware of seducing spirits. This is a year of purifying motives and holiness in thought and actions.

2007 is the year when the Holy Spirit is beginning to move in a powerful way across the face of the earth. New moves of the Holy Spirit will be birthed and new wine released. Remember, this is also a year of confrontation, so stay in the will of God and keep moving when opposed.

“This is a year when old wineskins will clash with new wineskins.”

The Lord also told us that in this time of acceleration, we need new wineskins every year to keep up with the movement of God in the earth. Truth and understanding will be instruments of division. It will be almost impossible to ride the fence.

The sword also represents judgment. God is going to judge things that prevent us from moving forward. The sword of the Lord rules and there is a ruling anointing coming upon God’s people. This is a year to dethrone terrorist’s spirits that try to intimidate the nations through spiritual warfare.

Finances will be released in a greater measure to be able to allow the Body of Christ to disciple nations. Influence will be a key word for the church.

New resistant strains of sexual diseases and other diseases will develop.

God is going to begin to deal with the secular media. There is a spirit of revulsion against the tactics of media who turn against Christianity and Godly principles. Those who have fed into this, who say they are Christians and hide under the guise of “religion” and “political correctness,” are going to be exposed and fall out of favor. Political correctness in the Body of Christ will become unpopular as Christians stand up for what is right and choose to obey God and not man, and thus speak out over media.

A Deeper Understanding of Love

The Body of Christ is going to come into a deeper understanding of the “John” spirit of love. John the Beloved laid his head on Jesus’ breast. Sinners will come to understand the love of Christ through the church. Hollywood will feel this and come alive for Christ! We will learn to love the lost without condemnation; yet keeping the righteous plumbline of God’s word.

Homosexuals will be converted and brought to Christ through this love. In this 40 year anniversary of Haight Ashbury and the free-love movement, there will be a great movement of the love of Christ. This will particularly impact San Francisco, where many homosexuals will be turned to Christ.

Holiness in Our Schools

A new holiness movement will spring up. Teachers will teach about holiness and preach against sin. This will spark revival movements, and the fear of the Lord will fall upon many. New young firebrands will preach holiness to their generation, and the “reality” generation will see Jesus for who He really is.

We are in the beginning stages of another Jesus People movement. Stanford and Berkley will experience a huge shift towards righteousness in their student bodies. God-based societies will spring up theistic thinking. Secularism is going to start waning, and radical leftist professors are going to be moved out of the universities of America in surprising ways. The righteous walls are opening in our educational systems. Schools will be touched in the coming years, and a ground swell of this is starting now.

Iran and the Middle East

It is the consensus of the prophets that satan is trying to foment World War III, but it is not God’s timing for this. This could happen if we do not pray, as it would be premature. We must fast and pray against the spirit of Jihad and the spirit of Nebo (The Babylonian god of wisdom, literature, education, arts, and science. This is the spirit of violence and of terrorism that is released in the earth today). However, Nebo must bow to God’s will (Isaiah 46:1-2). We must tear apart the occultist veil protecting the President of Iran and pray that the pro-democracy movement in the country will overthrow him.

We came to understand that satan is trying to “restructure” the earth right now (Daniel 7:25), and is shifting his power bases. Communism is rooting itself in Latin America and the strongman of that ideology has shifted from Asia. He wants to build a base in Mexico in particular. We need to pray for Mexico right now. Communism is the counterfeit for true Christianity.

This is a time of uprooting and exposure of corruption. Syria is going to be exposed in regard to its agenda concerning Israel.

2007 will be a profound time for Central Asia, as seeds that have been sown–even by the blood of the martyrs–are going to spring up. It is a time for churches, churches, churches, and harvest. More churches will be planted in the next few years than in the last 100 years combined.

Submitted by the members of the Apostolic Council of Prophetic Elders (ACPE).