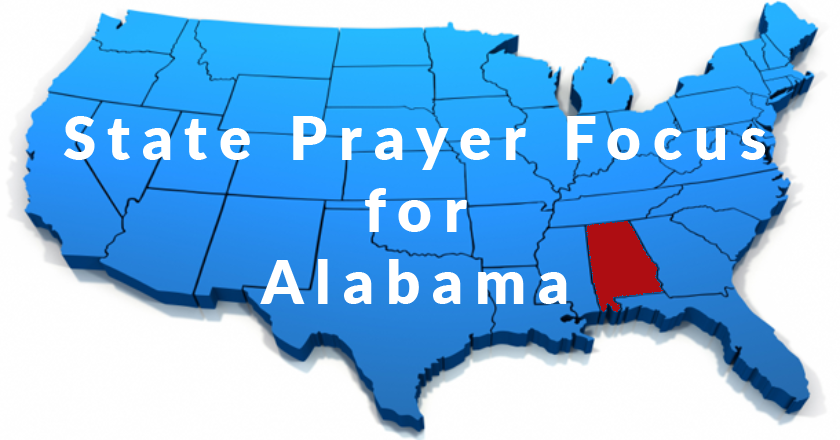 To: USSPN Regional and State Coordinators

Dear Coordinators: Here is the first of our weekly state prayer focuses for 2002. From January 6 – 12, we will be praying for Alabama plus Washington DC. Janet Lynch, our USSPN State Coordinator for Alabama, submitted the following points. I believe they will help focus our prayers for this state. Blessings, Chuck D. Pierce *************************

Strategic Initiatives for Targeted Intercession for the State of Alabama