Stand Guard Over the Nation 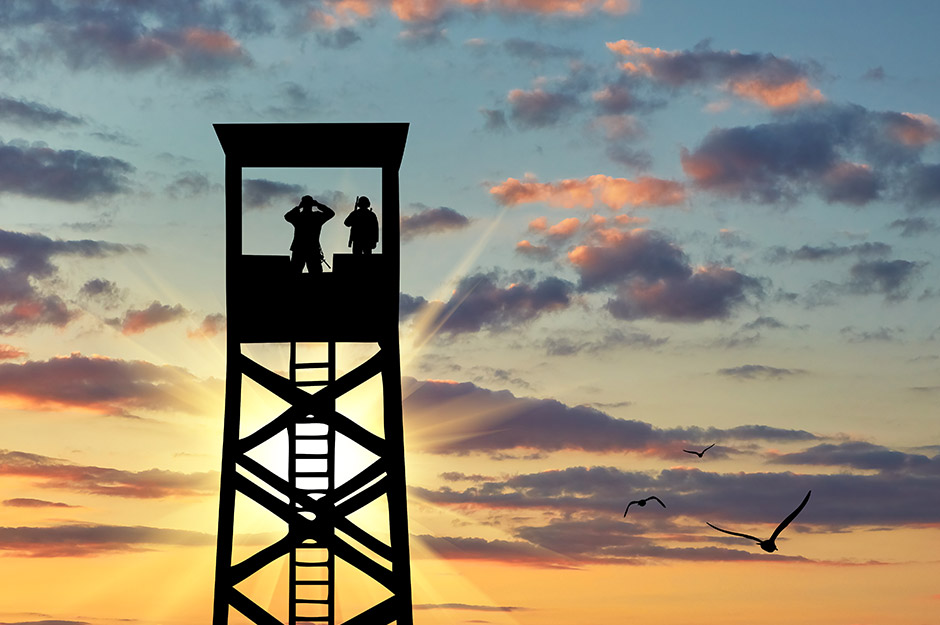 Stand Guard Over the Nation

While many nations are being impacted by increased violence from radical Islamic terrorists, as Christians, we must prepare to individually stand guard over the spiritual walls of our neighborhoods and cities through intercessory prayer.

The Isaiah 21 passage I quoted from gives a picture of God in His mighty power, preparing to deal with the nation of Babylon. Babylon was such a dominant world power at the time that no one thought it could come down; however, the message conveyed through this chapter is, “There is no strongman or nation that God cannot deal with or pull down.”

We serve a powerful God who created the universe, and we need not fear the enemy, no matter how terrible they seem to be. The strongman of ISIS will one day come down and be defeated.

In the meantime, we need to watch, pray, and not give in to fear. We must be prepared to stand in the gap and form a hedge, or wall, of protection for the places where we live ( see Ezekiel 22:30). Remember, in the time of Nehemiah, the walls of the city of Jerusalem were broken down—it was defenseless against an enemy’s attack. Without walls, a city could not be adequately protected.

It is important to understand that, because you are a believer in the Lord Jesus Christ, you have the power and authority through prayer to protect the certain place where you live from the evil of terrorism.

Rather than cower in fear in our homes, we need to build spiritual walls of protection around our families, schools, public spaces, workplaces, and communities.

How do you become an active watchman?

We can be confident that the weapons God has given us truly are mighty for pulling down strongholds (see 2 Cor. 10:4). We are called to be the watchmen, so let’s stand guard over our communities and cities!